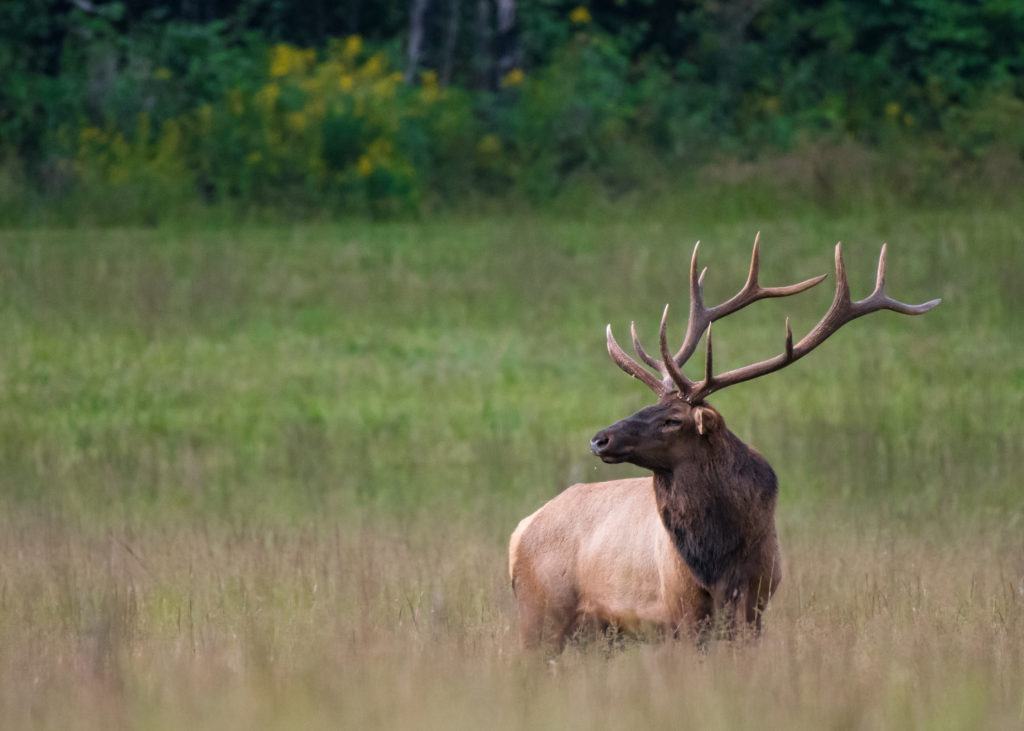 Willfully approaching within 50 yards (150 feet), or any distance that disturbs or displaces elk, is illegal in the park. Violation of this federal regulation can result in fines and arrest. Do not enter fields to view elk—remain by the roadside and use binoculars, telephoto lens, or a spotting scope to view the animals.

During the rut in fall, male elk bugle to attract females and to challenge other bulls. Elk once roamed the southern Appalachian mountains and elsewhere in the eastern United States. They were eliminated from the region by over-hunting and loss of habitat. The last elk in North Carolina was believed to have been killed in the late 1700s. In Tennessee, the last elk was killed in the mid-1800s. By 1900, the population of elk in North America dropped to the point that hunting groups and other conservation organizations became concerned the species was headed for extinction.

A primary mission of the National Park Service is to preserve native plants and animals on lands it manages. In cases where native species have been eliminated from park lands, the National Park Service may choose to reintroduce them. Reintroduction of elk into Great Smoky Mountains National Park began in 2001 when 25 elk were brought from the Land Between the Lakes National Recreation Area along the Tennessee-Kentucky border. In 2002, the park imported another 27 animals.

Elk are large animals! Females can weigh 500 pounds and stand nearly as tall as this pickup truck. Males can weigh as much as 700 pounds!
Warning! Elk are large animals–larger than the park’s black bears–and can be dangerous. Female elk with calves have charged people in defense of their offspring. Males (bulls) may perceive people as challengers to their domain and charge. The best way to avoid these hazards is to keep your distance.

Never touch or move elk calves. Though they may appear to be orphaned, chances are their mother is nearby. Cows frequently leave their newborn calves while they go off to feed. A calf’s natural defense is to lie down and remain still. The same is true for white-tailed deer fawns.

The use of spotlights, elk bugles, and other wildlife calls are illegal in the national park. It is also illegal to remove elk antlers or other elk parts from the park. Never feed elk or other wildlife or bait them in for closer observation. Feeding park wildlife is strictly forbidden by law and almost always leads to the animal’s demise. It also increases danger to other park visitors.

MAP OF THE PARK